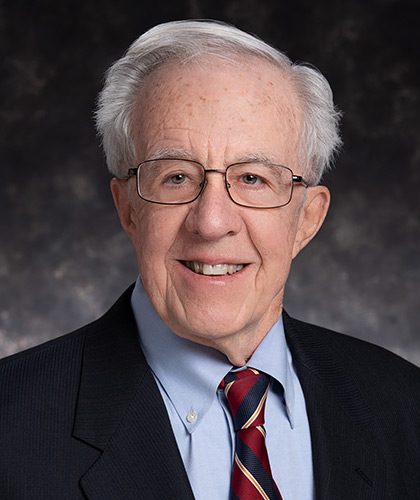 Donald Ryan, Of Counsel to the firm, focuses his practice on residential and commercial real estate, estate planning, estate administration, land use development, and contract drafting and interpretation. Prior to joining the firm, he worked as an attorney in private practice for over fifty years.

Mr. Ryan has deep roots in the South Jersey area. He is a lifelong resident of Haddonfield and held many solicitorships on various zoning and planning boards from 1974-2018. He served as a Haddonfield municipal prosecutor for twenty-five years. He currently works as a solicitor for the Haddonfield & Gibbsboro Planning Boards.